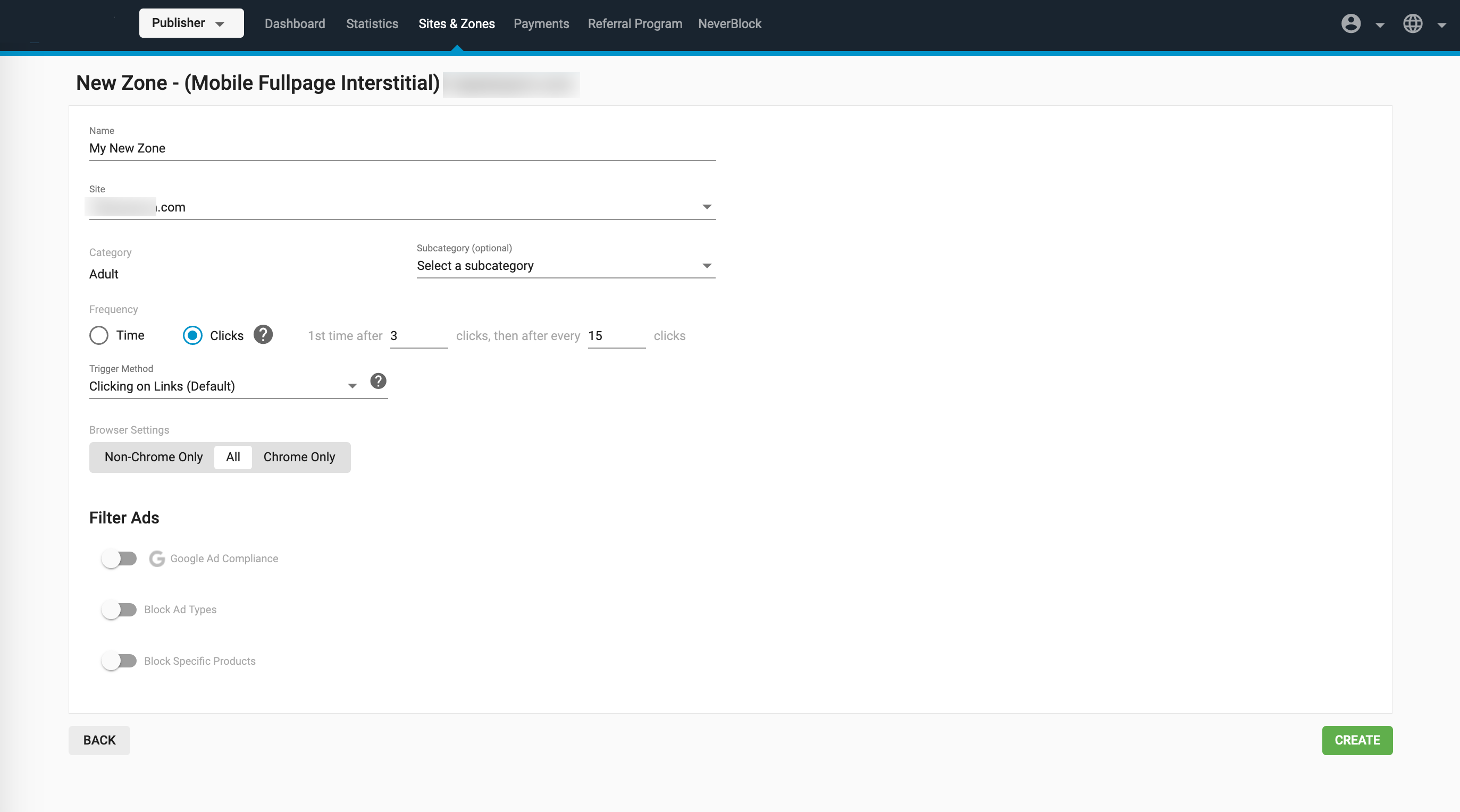 As a Publisher, this feature allows you to set how many clicks it will take to trigger a Mobile Fullpage Interstitial ad, and how many additional clicks will trigger it again every time afterwards.

When setting up a Mobile Fullpage Interstitial ad zone, in the Frequency section, you can now use the radio button to choose between Clicks and Time.

For example, if you set it up like this:

1st time after 3 clicks, then after every 15 clicks

An ad will show after the user's first 3 clicks on the site, and will show again with every 15 clicks from then onwards.

Note: When you choose Clicks, the Trigger Method drop-down sets the type of clicks that trigger an ad, just as it does for Time.

Please view the video to see a demonstration of these changes.