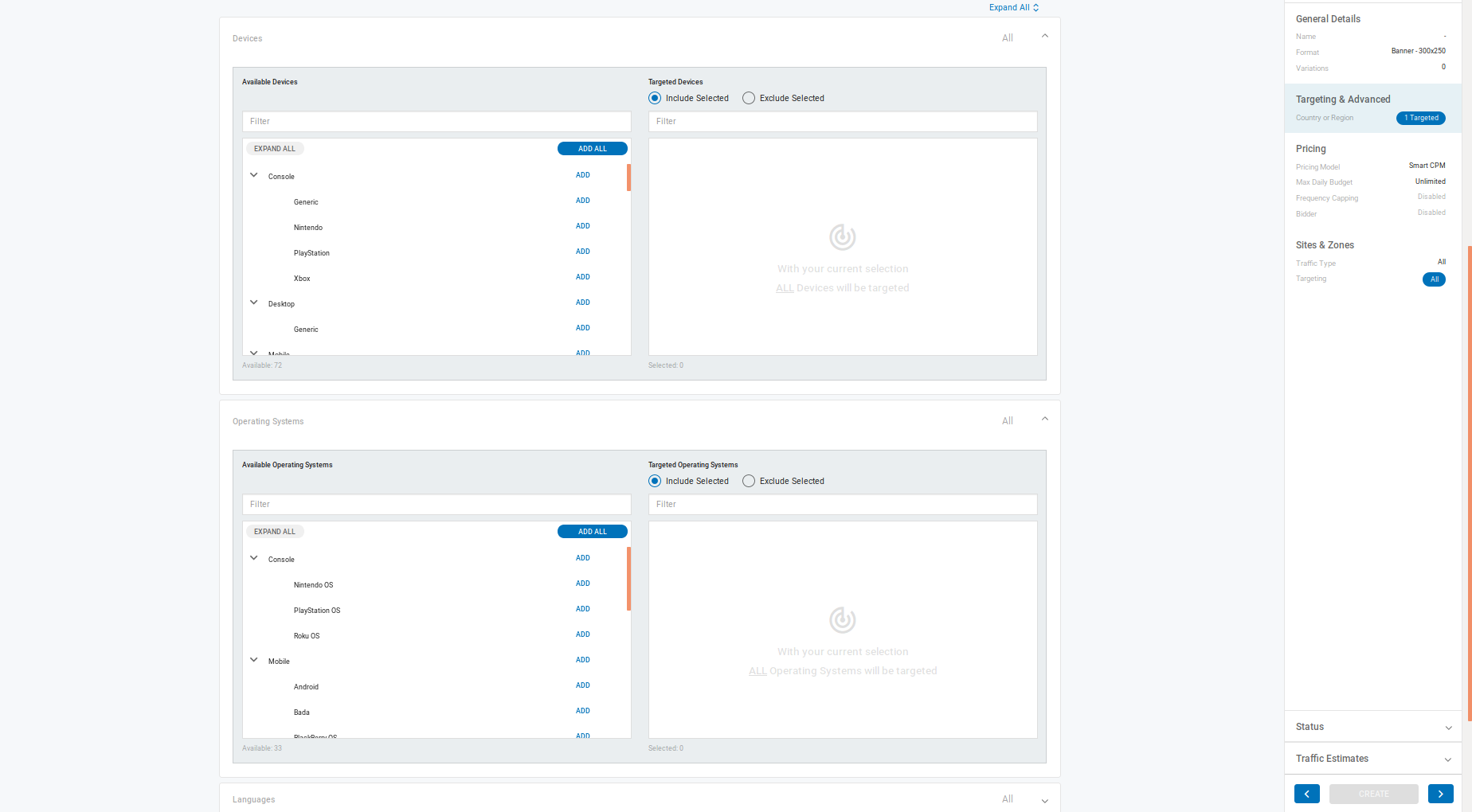 As an Advertiser, this improvement will help ensure that you are correctly targeting devices and operating systems with your campaigns. It also ensures that both Advertisers and Publishers see more useful statistics in the Devices and OS sub-tabs of their Statistics tab.

OS: Two operating systems have been removed altogether, two have been added, and the various OS versions of Playstation, Nintendo, Blackberry and Nokia/Symbian have been consolidated into one for each.

Devices: A Smartwatch option has been added and the -TV and -Tablet endings taken off some options for clarity.

Please view the video to see a demonstration of these changes.