We're happy to announce that Publishers can now create Multi-Format ad zones, which allow them to combine up to ten of their existing Banner and Native Ad zones into a single zone. This versatile, cutting-edge format will allow Publishers to:

For Variant A, the traffic was sent to the website’s original Banner ad zones.
For Variant B, the ad zone was changed to a Multi-Format ad placement.

The table below shows the difference between Multi-Format and Banner for each of the four ad placements:

To add zones to your Multi-Format ad zone, tick the box on the left side of them.

When you select multiple zones, you are setting them to compete against each other to show in the Multi-Format ad zone. For this, you can select both Banners and Native Ads (Recommendation Widget).

Note: The maximum number of zones you can select is ten. 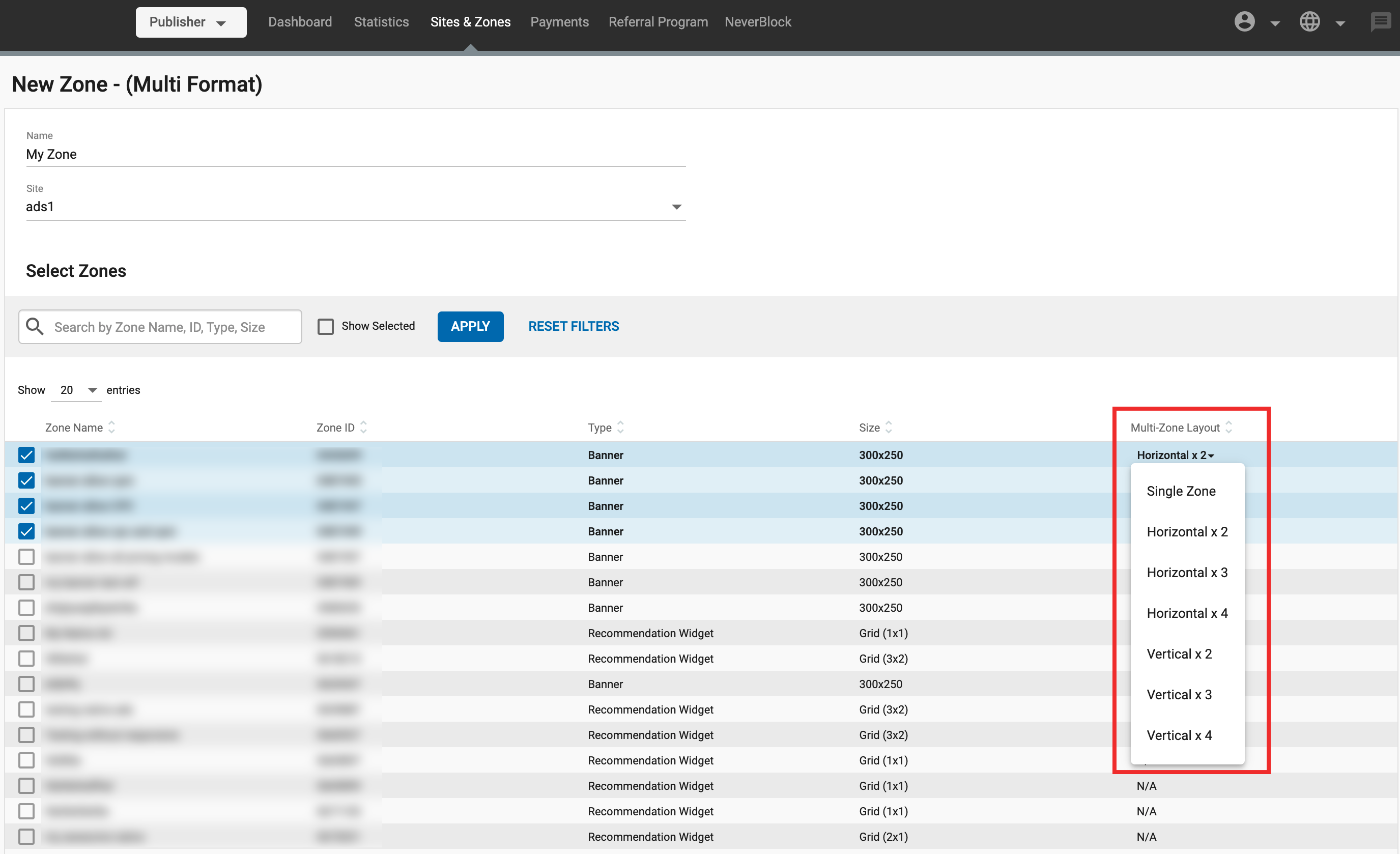 Once you have selected zones, then in the Multi-Zone Layout drop-down, you select how the ad zone that wins will display:

Note: If there are no zones on that site yet, or no zones of Banner or Native Ad format, you will not see any in the list, and will not be able to create a Multi-Format Ad Zone.

Note: The maximum size for Multi-Format zones using Banners is 1200 px, vertical or horizontal. Those using Native ads can be larger. 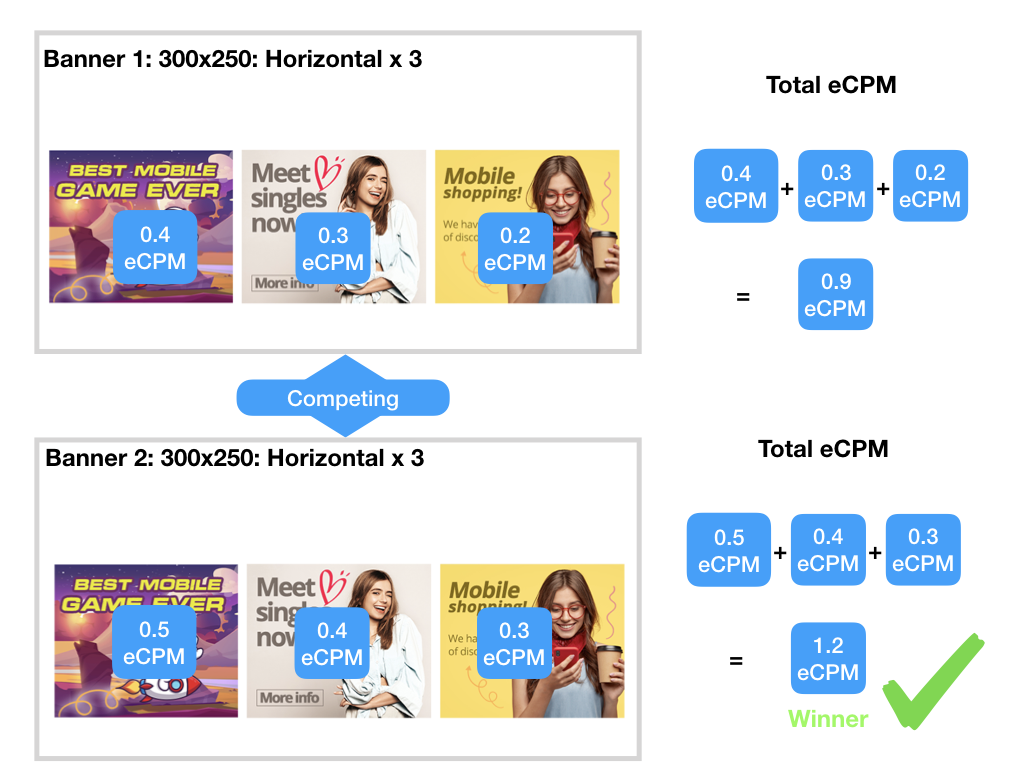 As we have seen, when a Publisher selects multiple zones to compete against each other, the zone that shows is the one that gets the highest eCPM price.

The individual Banner and Native ad zones that are used in your Multi-Format ad zones will show in your Statistics tab just as they normally would.

Note: When you create a Multi-Format zone, you can add Sub IDs to it to track it in the Statistics tab.

Watch this video to learn about the concept and advantages of Multi-Format ad zones.

Setting up a Multi-Format Ad Zone in the Admin Panel

Watch this video to learn how to set up a Multi-Format ad zone.