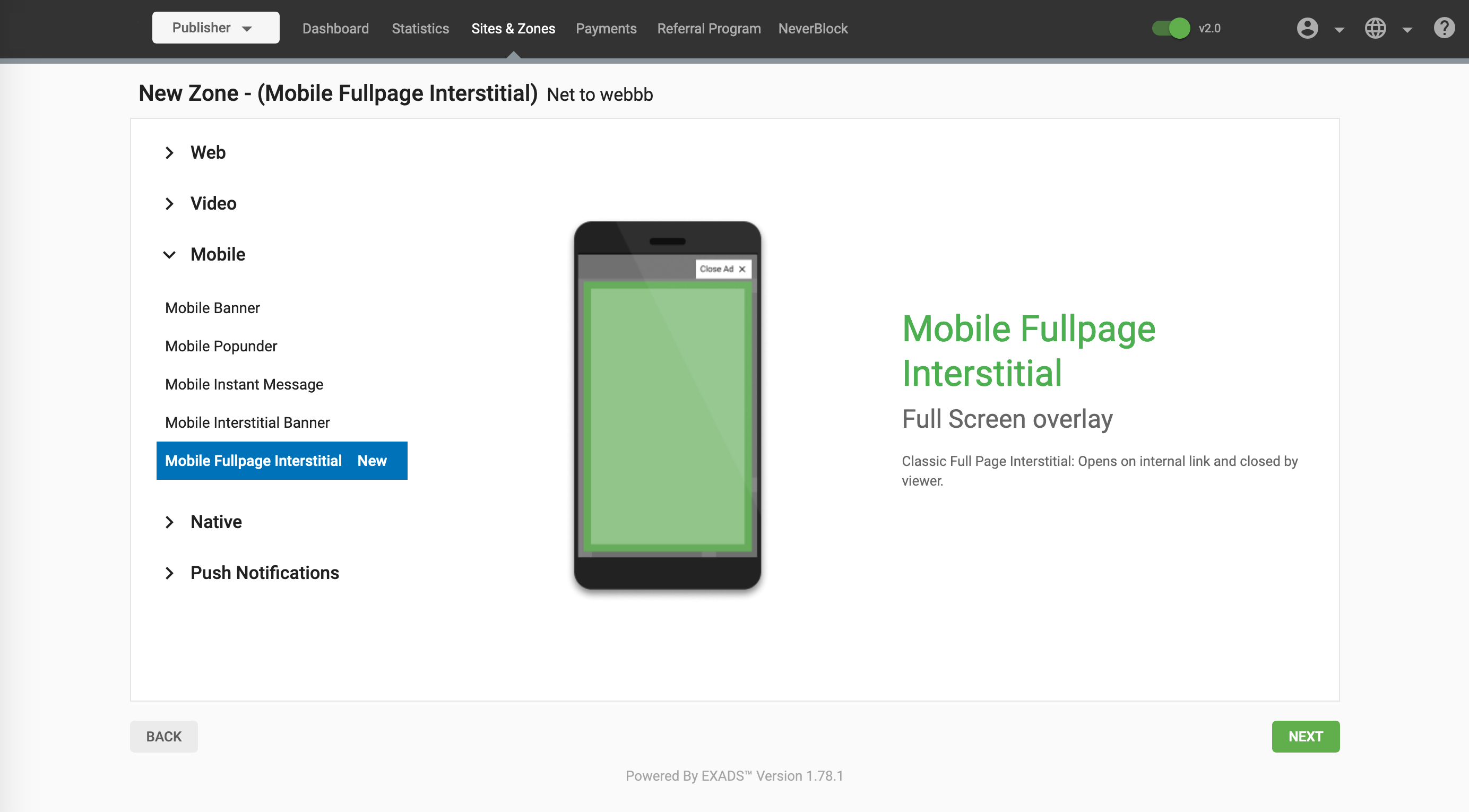 We have created a new ad format called Mobile Fullpage Interstitial which shows a 900 x 1600 banner overlay on vertical mobile screens. This banner leads to a destination URL, and has a Close button on the top right.

For Advertisers this ad format is high impact:

For Publishers, this ad format will reach the 95% of users that are viewing in vertical position, is secure and generates high revenue:

Note: Selected Advertisers can use an iFrame for this ad format. When using an iFrame, this ad can show in horizontal mode.